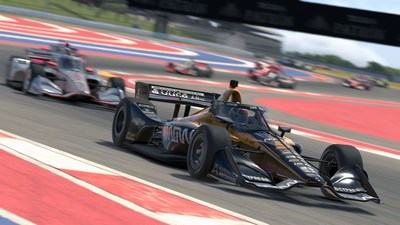 WINSTON-SALEM, N.C., June 5, 2020 /PRNewswire/ — Vuse, leading vapor brand from R.J. Reynolds Vapor Company (RJRVC), sends best wishes to its partner Arrow McLaren SP (AMSP) for the first official race of the 2020 INDYCAR season in Fort Worth, TX. AMSP will take the track for the first time in 2020 this weekend, after delays due to the COVID-19 pandemic. The Genesys 300 race at Texas Motor Speedway will be aired on NBC at 7PM CT.

«We’re excited to watch AMSP get back on the track this weekend,» says Leila Medeiros, U.S. Head of Vuse. «We appreciate and support all efforts that have been made by INDYCAR and local authorities to protect the safety of racing teams and fans.»

Power of technology in midst of pandemic
The season was initially planned to begin on March 14th with the St. Petersburg Grand Prix. However, the COVID-19 virus caused not only INDYCAR, but every sports organization to delay and adjust schedules for a safer environment for employees and fans. AMSP, along with other racing teams, continued to engage with fans using the latest virtual technology, while partnering with Vuse to engage with age 21+ adult nicotine consumers.

Through iRacing, AMSP participated in several virtual races – allowing drivers to run tests with engineers and strategists in advance of the Ft. Worth, TX race. During those six races, more than five million viewers enjoyed racing through virtual iRacing and engaged with their favorite teams through social media.

«The team put an incredible amount of preparation into this season, only for it to all be put on hold in March. Yet, we were able to quickly adjust and use iRacing to our advantage for continued preparation while keeping our top priority on the safety and health of our team and fans,» says Sam Schmidt, Co-Owner, AMSP. «I’m incredibly proud of how we’ve worked together and prepared for our first race on the track.»

In partnership with AMSP, Vuse engaged with its audience through digital activations and its owned age-restricted social media channels. Vuse supported AMSP through posts on Vuse’s social media channels that alerted adult nicotine consumers of when iRacing events were happening, reminders to watch, video of Taylor Kiel, Managing Director, Competition at Arrow McLaren SP, and interactive polls to engage adult nicotine consumers to see if they would be tuning in.

«We continue to responsibly communicate with adult nicotine consumers through social media, as digital channels play an important role during this challenging time,» says Medeiros. «While AMSP is fueled by passion for racing and delivering a thrilling experience for their fans, Vuse is driven by inspiration in vapor and bringing quality products to adult nicotine consumers.»

The Vuse brand promotion is part of a broader enhanced partnership deal between British American Tobacco (BAT), RJRVC’s ultimate parent Group, and McLaren, following a successful first year of global partnership with the McLaren Racing Formula 1 team, of which BAT is a Principal Partner.

The partnership is rooted in a shared passion for excellence in technology, innovation, and design. Arrow McLaren SP and RJRVC also have best practice processes, innovation, and respective industry expertise in common.

About British American Tobacco:
British American Tobacco Group (BAT) is one of the world’s leading, multi-category consumer goods organizations, that provides tobacco and nicotine products to millions of consumers around the world. It employs over 55,000 people, with market leadership in over 55 countries and factories in 48. Its Strategic Portfolio is made up of its global cigarette brands and an increasing range of potentially reduced-risk products, comprising vapor and tobacco heating products, as well as traditional and modern oral products.

«It Ain’t Over Till It’s Over»