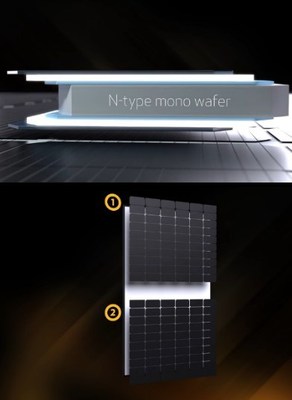 The Final Determination also terminated the investigation, which began when Hanwha Q-Cells filed a complaint in the ITC against REC Group, JinkoSolar and LONGi Solar in March 2019. The ITC found no violation by REC Group’s accused solar cells in REC TwinPeak panels based on clear differences between the cell structure claimed in the patent and REC Group’s accused products. Previously, the ALJ’s Initial Determination also confirmed that REC Group’s N-Peak and Alpha solar cell technologies do not infringe the asserted claims of the ‘215 patent.

Steve O’Neil, CEO of REC Group, the highly innovative solar panel manufacturer headquartered in Norway and with production sites in Singapore and Norway, comments: «Since the ITC investigation began, we have believed that Hanwha Q-Cells’ accusations against us were without technical and legal merits. We are pleased to be vindicated by the ALJ’s decision on summary determination earlier this year and the ITC’s affirmation of that decision now.»

Shankar G. Sridhara, CTO of REC Group, adds: «REC is committed to remaining ‘Solar’s Most Trusted’. For more than 23 years, REC has been empowering homeowners, businesses, and communities around the world with clean and affordable solar energy via our in-house invented, high-efficiency products. We will continue with that mission. Our customers and partners can rely on us to bring new and exciting pioneering technology to the market to support the global energy transitions.»

REC Group has been constantly setting the pace when it comes to high efficiencies, novel and here-to-stay products: The REC TwinPeak technology, introduced back in 2014, received multiple awards, including the prestigious Intersolar Award 2015. REC Group’s N-Peak, launched in June 2018, was the world’s first n-type TOPCon cell solar panel with mono half-cut cells and a twin panel design. In October 2019, REC Group started production of its 60-cell REC Alpha panel at an annual capacity of 600 MW. Combining innovative heterojunction cell technology with advanced interconnection technology and a patented panel design, the REC Alpha panel provides a significant power density of 217W/m2. In May 2020, REC Group kicked off the production of the REC Alpha 72-cell version reaching 450 Wp.  By providing around 20% more power than a conventional panel with 320 Wp, REC Alpha solar panels are perfectly suited for the rooftop segment and ground mount installations with space restrictions where system costs can be greatly compressed thanks to its high-power, helping to provide greater energy autonomy and combat climate change.