WASHINGTON, Oct. 5, 2021 /PRNewswire/ — The National Defense University (NDU) Foundation tonight presents the 2021 American Patriot Award (APA) to the Office of the Chairman of the Joint Chiefs of Staff (CJCS) in recognition of the Chairman’s pivotal leadership role as the highest ranking and most senior military adviser to the President of the United States, Secretary of Defense, and National Security Council since 1949. 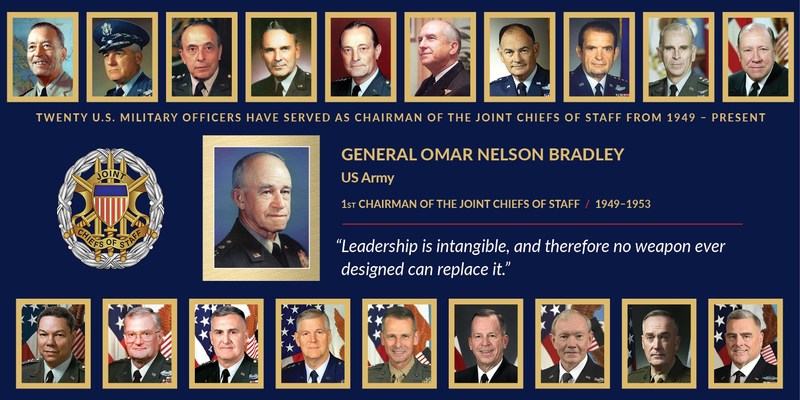 «The National Defense University Foundation’s American Patriot Award honors exceptional Americans and institutions that embody the United States’ ideals and principles of democracy,» Foundation Board Chairman RADM Mike Manazir, USN (Ret.) said. «For more than 72 years the Office of the CJCS has demonstrated the very essence of the American Patriot Award.»

The role of Chairman was developed during World War II when the need for joint – all domain expertise and guidance was vital to secure global stability.  Since General Omar N. Bradley became the first Chairman, the Office of the CJCS has provided advice to civilian leadership to maintain strategic stability and strengthen national security.

«As ‘The Chairman’s University’, the National Defense University educates national security professionals to become strategic leaders and thinkers who can operate effectively at the highest levels of decision making in an increasingly dynamic, complex, and unpredictable international security environment,» noted the 17th President of NDU, Lieutenant General Michael Plehn, U.S. Air Force. «On behalf of NDU, I extend my deepest thanks to the NDU Foundation for its unwavering support of NDU’s students, faculty, staff, and mission.»

The rigorous education and experiences provided at NDU propel military professionals to the highest ranks of national security leadership, including Chairman of the Joint Chiefs.

«NDU is the only joint-service, all-domain institute engaging whole-of-government, private industry, allied military, and civilian leaders from across the globe,» NDU Foundation President and CEO James Schmeling, JD said. «The Foundation is proud to support NDU leaders and faculty as they translate the Chairman’s priorities into curricula and deliver it to NDU’s students.»

A list of past APA honorees dating back to 1997 can be found here.

About the National Defense University Foundation
The NDU Foundation supports the education and leadership development of national defense, security, and peacekeeping professionals studying at the National Defense University (NDU).  The Foundation funds faculty excellence, student success, international relationship building, and infrastructure at NDU in alignment with the priorities of the NDU President.  Learn more at NDUFoundation.org.

About the National Defense University
Under the direction of the Chairman of the Joint Chiefs of Staff, NDU is the nation’s preeminent higher education institution for advanced national security strategy and leadership development.  NDU was established in 1976 to consolidate intellectual resources and provide joint higher education for the nation’s defense community.  Dating back to 1924, NDU’s five accredited post-graduate colleges have prepared over 20,000 civilian and military professionals from the U.S. and over 75 allied countries to serve as tomorrow’s decision and policy makers at the highest levels of command in military, government, and private industry.  To learn more, please visit NDU.edu.