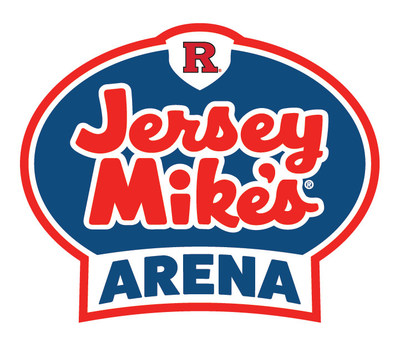 «Jersey Mike’s is the perfect partner for Rutgers Athletics,» said Pat Hobbs, Rutgers Director of Athletics. «Our New Jersey brand extends beyond our borders; it is a state of mind that speaks to our core values of grit and the pursuit of excellence. Jersey Mike’s is an organization also engaged in the relentless pursuit of excellence, so what better partner for the State University of New Jersey?»

«Rutgers University is a home state neighbor that shares our values of excellence and community involvement,» said Peter Cancro, founder and CEO, Jersey Mike’s Franchise Systems, Inc. «Jersey Mike’s is proud to partner with Rutgers Athletics and celebrate the school’s many dedicated student-athletes and their fans.»

«We are pleased to partner with a Jersey-born company committed to making a difference through its generous giving to charities,» said Rutgers President Jonathan Holloway. «Jersey’s Mike’s philanthropic history aligns with our core values that center on outreach to our communities and a relentless pursuit of excellence in all we do.»

This partnership between Rutgers and Jersey Mike’s pairs two homegrown New Jersey brands, both on a path of tremendous growth and success over the past several years. Rutgers men’s basketball took its place among the nation’s top teams, earning its first NCAA Tournament appearance in 30 years and capturing a first-round win, making good on head coach Steve Pikiell’s pledge to make the program a March Madness contender. Women’s basketball continues to add NCAA Tournament berths to its historic record, advancing to its 26th postseason, including 17th consecutive under the direction of Hall of Fame head coach C. Vivian Stringer.

«I welcome very much the idea of Aspire Fellows Meet Other Sports,» said Arsene Wenger at Aspire Academy Global Summit