BUFFALO, N.Y., Oct. 28, 2021 /PRNewswire/ — For the Buffalo Bills’ most loyal superfans, supporting the home team is more than a hobby, it’s a lifestyle. Ahead of the Bills’ highly-anticipated rivalry match-up against Miami on Sunday, Pepsi is shining a spotlight on some of the team’s tried and true fans – the ones who haven’t missed a home game, who prep for gameday days in advance, and have their own rituals and superstitions to support their team, win or lose.

To launch, Pepsi is releasing superfan content as part of its "Made for Bills Watching" platform, celebrating some of Buffalo’s avid football fans as they embrace the unique rituals they’re best known for. Pepsi is also bringing one superfan’s ritual to life in celebration of 716 Buffalo area code, giving away 7,160 free "Good Luck Pepsi" Zero Sugars. Fans can check out buffalobills.com/goodluckpepsi to watch the full fan video and get more details on scoring a free 20oz bottle of Pepsi Zero Sugar.

"Pepsi is no stranger to highlighting the game’s most unapologetic football fans, of which Bills Mafia has some of most recognizable," said Fred Ghamyan, Sr. Manager of Marketing, PepsiCo Beverages North America, North Division. "That’s why we wanted to put Buffalo fans front and center for this campaign and spotlight their energy, passion, and love for the game, while providing access to free Pepsi Zero Sugar to celebrate."

This isn’t the first time Pepsi has shown up for the Bills’ biggest fans. Last year, the brand made headlines for featuring Buffalo personality Michael Mansfield in a commercial after he painted his house Bills’ colors in friendly protest of his neighbor’s rival team flag. Inspired by even more impassioned rituals from the Buffalo area’s own, superfans featured in this year’s latest content include:

Consumers can text "BILLS" to 81234 for a free "Good Luck Pepsi" Zero Sugar, up to 7,160 available. The 20oz bottle will be redeemed via rebate up to $2.50.  Tax and bottle deposit not included in rebate. Msg & Data Rates apply. Text STOP to 81234 to cancel. Purchase and redemption required by 11/27/21. Offer subject to Terms and Conditions available at goodluckpepsi.tryadrink.com/terms. Void where prohibited.

As part of the larger Pepsi "Made for Football Watching" campaign celebrating loyal football watchers and their personal game day rituals, Bills Mafia can also tap into the brand’s official fan-made portal, MadeforBillsWatching.com, to get everything they need for unapologetic game day watching – including content, recipes and player access.

About PepsiCo
PepsiCo products are enjoyed by consumers more than one billion times a day in more than 200 countries and territories around the world. PepsiCo generated more than $70 billion in net revenue in 2020, driven by a complementary food and beverage portfolio that includes Frito-Lay, Gatorade, Pepsi-Cola, Quaker, Tropicana and SodaStream. PepsiCo’s product portfolio includes a wide range of enjoyable foods and beverages, including 23 brands that generate more than $1 billion each in estimated annual retail sales.

Guiding PepsiCo is our vision to Be the Global Leader in Convenient Foods and Beverages by Winning with Purpose. "Winning with Purpose" reflects our ambition to win sustainably in the marketplace and embed purpose into all aspects of our business strategy and brands. For more information, visit www.pepsico.com. 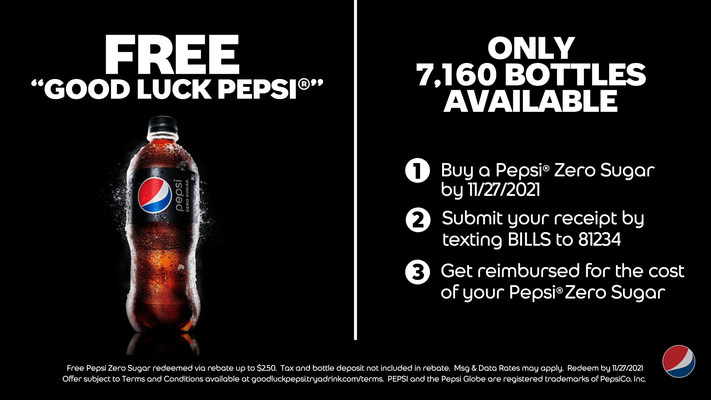