IRVINE, Calif., Oct. 26, 2021 /PRNewswire/ — Kia America and the National Basketball Association (NBA) announced the multiyear extension of their exclusive marketing partnership, tipping off the 15th season of the relationship between the league and the automaker. As the Official Automotive Partner of the NBA, Women’s National Basketball Association (WNBA) and NBA G League, Kia’s presence will continue to grow across the leagues’ performance awards and marquee events. 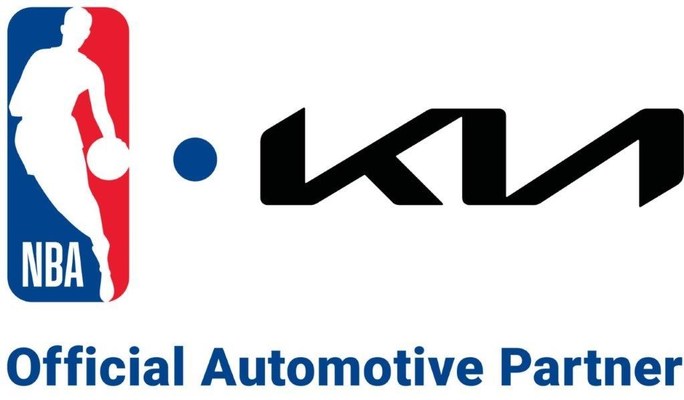 «Over the last three decades both Kia and the NBA have grown in stature and relevance and the significant growth enjoyed by both brands is due, in part, to our long-standing partnership,» said Russell Wager, vice president, marketing, Kia America. «We are excited to further extend this relationship and strengthen it with the inclusion of the WNBA and NBA G League, which will provide even more basketball fans a courtside seat not only to all the action between the baselines, but also to Kia’s transformative shift toward electrification and sustainable mobility.»

«Kia is one of the NBA’s longest-tenured partners and has played an integral role in the league’s story as we tip off our 75th Anniversary Season,» said Tara Mulcahy, NBA Senior Vice President, Global Partnerships. «With an expanded presence as the official partner of the Kia All-NBA Teams and NBA Summer League, we’re thrilled to broaden Kia’s fan engagement throughout the league’s calendar.»

In addition to returning as the official vehicle of the NBA Playoffs presented by Google Pixel, NBA All-Star Game, NBA Finals presented by YouTube TV and the NBA Draft presented by State Farm, Kia will increase its commitment to the existing NBA platforms it supports. Kia will also now serve as the title partner for the Kia NBA G League end-of-season performance awards. The renewal will see Kia serve as an Official Partner of Summer League and the title partner of the NBA’s seven All-NBA teams. Awards include:

Through the partnership extension, Kia will continue to build on its commitment to women’s sports with an expanded WNBA partnership. Kia will serve as the title partner of the Kia WNBA monthly awards and Kia WNBA end-of-season performance awards, which include the following:

«Having recently concluded the WNBA’s landmark 25th season, our partnership with Kia is representative of a commitment that will help the league continue to grow for the next 25 seasons and beyond,» said Phil Cook, WNBA Chief Marketing Officer. «As the title partner of the Kia end-of-season performance awards, we look forward to Kia joining us in recognizing the WNBA’s best each season.»

Kia America – about us

Headquartered in Irvine, California, Kia America continues to top automotive quality surveys and is recognized as one of the 100 Best Global Brands. Kia serves as the «Official Automotive Partner» of the NBA, WNBA and G League and offers a complete range of vehicles sold through a network of nearly 750 dealers in the U.S., including several cars and SUVs proudly assembled in America.

For media information, including photography, visit www.kiamedia.com. To receive custom email notifications for press releases the moment they are published, subscribe at www.kiamedia.com/us/en/newsalert.

The NBA is a global sports and media business built around four professional sports leagues: the National Basketball Association, the Women’s National Basketball Association, the NBA G League and the NBA 2K League. The NBA has established a major international presence with games and programming available in 215 countries and territories in more than 50 languages, and merchandise for sale in more than 100,000 stores in 100 countries on six continents. NBA rosters at the start of the 2020-21 season featured 107 international players from 41 countries. NBA Digital’s assets include NBA TV, NBA.com, the NBA App and NBA League Pass. The NBA has created one of the largest social media communities in the world, with 1.9 billion likes and followers globally across all-league, team, and player platforms. Through NBA Cares, the league addresses important social issues by working with internationally recognized youth-serving organizations that support education, youth and family development, and health-related causes.

Entering its 25th season in 2021, the WNBA is a bold, progressive basketball league that stands for the power of women. Featuring 12 teams, the W is a unique sports property that combines competition and entertainment with a commitment to diversity, equity and inclusion and social responsibility. Through its world-class athletes, the in-game fan experience, TV and digital broadcasts, digital and social content and community outreach programs, the league celebrates and elevates the game of basketball and the culture around it.

In 2020, the WNBA and the Women’s National Basketball Players Association (WNBPA) signed a groundbreaking eight-year CBA that charts a new course for women’s basketball – and women’s sports overall – with a focus on increased player compensation, improvements to the player experience, expanded career development opportunities and resources specifically tailored to the female professional athlete.  Key elements of the agreement are supported through the league’s new partnership platform, WNBA Changemakers, with AT&T, the WNBA’s Marquee Partner and inaugural Changemaker, as well as fellow inaugural Changemakers Deloitte and Nike, and the recent addition of Google. During the 2020 season, the WNBA and WNBPA launched the WNBA Justice Movement forming the Social Justice Council with the mission of being a driving force of necessary change and continuing conversations about race and voting rights, among other important societal issues. For more information, visit WNBA.com.