WILLMAR, Minn., Nov. 2, 2021 /PRNewswire/ — Jennie-O Turkey Store, a wholly owned subsidiary of Hormel Foods (NYSE: HRL), a global branded food company, will return their delectable float in the 95th Macy’s Thanksgiving Day Parade®. During the holiday spectacular, the JENNIE-O® float will be glamorously displayed to Parade attendees along with millions of viewers nationwide on Thursday, Nov. 25. The JENNIE-O® float made its debut last year, marking the very first time the Parade — and holiday synonymous with turkey — featured a turkey brand. 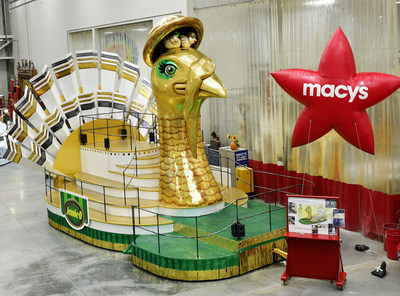 Standing at 36 feet long, 25 feet wide and 24 feet tall, The Big Turkey Spectacular by JENNIE-O® was unveiled with glitz and glamour. The float, glittering in the signature gold and green hues of the iconic brand, boasts more than 200 pounds of sparkles!

The turkey’s tail feathers span 25 feet in width and are two stories tall. They were constructed with enough steel tubing to span a regulation football field from end zone to end zone — and even function to release confetti during the Parade.

To top off the splendor, the turkey sports the JENNIE-O® green and gold with an advanced motion activated top hat that reveals a surprise in which baby turkeys — referred to as poults — peek out and surprise the viewers.

JENNIE-O® will also use the new platform to showcase simple and delicious ideas to make turkey an everyday protein choice, both, during and outside of the holiday season. This will include highlighting the brand’s high-quality products, cooking solutions, recipes and resources for consumers everywhere to make any meal fun, flavorful and easy.

«The Macy’s Thanksgiving Day Parade is one of the most iconic and cherished events of the year that coincides with a very important time for our brand,» said Nicole Behne, vice president marketing, Jennie-O. «After our spectacular debut last year, we are thrilled to return to this year’s Parade with even more glitz and glam and we’re looking forward to welcoming Tai Verdes as his performance will surely elevate the excitement.»

Throughout November, Jennie-O consumer engagement experts will be on hand to help alleviate stress around holiday meal planning at the company’s 1-800-TURKEYS hotline, through live chat on the JENNIE-O® website, and even by texting «Turkey» to 73876. From advice on how to prep and cook a turkey to recipes for side dishes and how to use leftovers, consumers can reach out for real time support through Nov. 28, via the method that is most convenient for them. Also this year, in the days leading up to the Thanksgiving holiday, Jennie-O specialists are available around-the-clock.

Jennie-O Turkey Store, Inc., based in Willmar, Minn., is one of the largest and most beloved turkey brands in the world. A wholly owned subsidiary of Hormel Foods Corporation (NYSE: HRL), Jennie-O Turkey Store offers an array of more than 1,500 high quality fresh, frozen, refrigerated and deli turkey products that are distributed throughout the United States and 27 countries worldwide.

For more information about all JENNIE-O® turkey products, including recipes, nutritional information and where to buy, visit www.jennieo.com or follow the brand on social media at www.Facebook.com/JennieoTurkey, http://www.Instagram.com/jennieo and www.Twitter.com/Jennieo.

About the Macy’s Thanksgiving Day Parade:

For more than 90 years, the Macy’s Thanksgiving Day Parade has marked the official start of the holiday season. With more than 50 million viewers nationwide, the Macy’s Thanksgiving Day Parade is a national icon that has grown into a world-famous holiday event. Featuring Macy’s signature giant character balloons, fantasy floats, marching bands, clowns, celebrity and large group performances, and the one-and-only Santa Claus, the annual spectacle continues to bring families together to create cherished holiday memories. For more information on the Macy’s Parade please visit www.macys.com/parade. 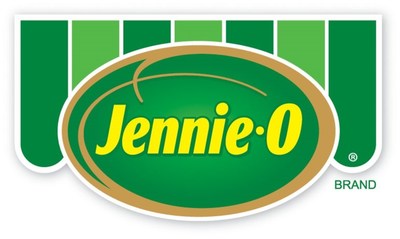 «I welcome very much the idea of Aspire Fellows Meet Other Sports,» said Arsene Wenger at Aspire Academy Global Summit