LOS ANGELES, Oct. 12, 2021 /PRNewswire/ — The Joseph Saveri Law Firm filed a class action lawsuit on October 11, 2021, in federal court in California against defendants Amplify Energy Corporation (Amplify); Beta Operating Company, LLC (Beta Offshore); San Pedro Bay Pipeline Company (SPB Pipeline); and other corporations, on behalf of individuals and businesses whose livelihoods and quality of living have been and will be impacted by the October 2 pipeline leak and oil spill off the coast of Orange County, California. 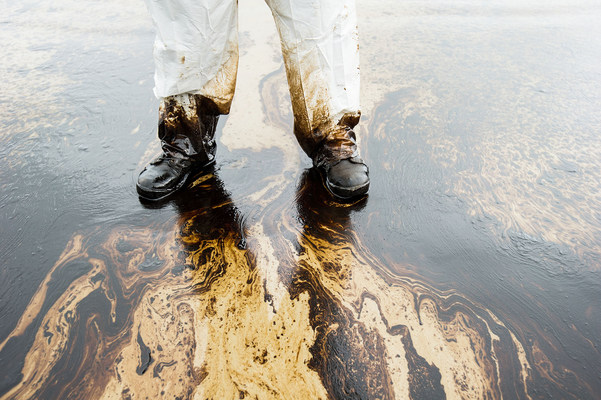 The pipeline broke about five miles off Huntington Beach. Oil has reached land and continues to spread throughout the water. The chemicals that will likely be used to clean the oil pollution will compound the threat to the environment. Miles of beaches and coastal areas have been closed during the aftermath. Officials indicate that some of these closures might last for months, leaving business owners and residents to confront an ongoing ecological and economic disaster. California Governor Gavin Newsom has declared a state of emergency in Orange County to assist with cleanup efforts.

In the suit, Ketcham Tackle LLC v. Amplify Energy Corp., filed in the United States District Court for the Central District of California, the plaintiff, Ketcham Tackle (Ketcham), represents a proposed class of individuals and businesses whose livelihoods, source of income, and business quality are being and will be impacted by the spill. Ketcham operates a bait and tackle business in Costa Mesa, California, which derives over 90% of its revenue from tackle and fishing gear used for saltwater fishing in the Pacific Ocean. It outfits many of the sport fishing boats that operate out of Orange County, a significant sport fishing industry. These boats and other customers of Ketcham depend upon access to clean ocean water and now can no longer fish in this polluted, closed area.

Ketcham’s economic setback is a direct, legal, and foreseeable consequence of the alleged wrongful acts and/or omissions of defendants. Amplify owns Beta Offshore, which operates the 17-mile pipeline, owned by SPB Pipeline, that ruptured on October 2, causing as much as 144,000 gallons of oil to spew into the Pacific Ocean and the Orange County shoreline. Oversight led to the rupture, and defendants’ delay in reporting it to the National Response Center—in violation of spill-response guidelines— increased the spill’s broader environmental impact and the reduced quality of life of those relying on the coast for their livelihood.

Defendants have a continuing record of violations and non-compliance regarding oil extraction and distribution activities. Since 1980, Beta Offshore has been cited at least 125 times for safety and environmental violations that were severe enough to stall drilling operations. The Bureau of Safety and Environmental Enforcement, a federal agency that regulates the offshore oil and gas industry, reports Beta Offshore has been fined for three separate accidents, two since 2014. The present breach is a stark reminder of defendants’ alleged callousness in ensuring equipment upgrades and compliance with the highest standards of environmentally sustainable business operations.

According to reports, well over 50 vessels were waiting to berth in San Pedro Bay following the spill. This backlog resulted in larger ships anchoring closer to pipelines, internet cables, and other hazards due to a lack of space. Preliminary reports indicate the rupture may have been caused by a passing ship’s anchor that hooked the pipeline, causing a partial tear.

Despite knowledge of this situation and the reasonable chance of such an occurrence during port congestion, defendants failed to reasonably inspect the affected pipeline, which carries ultra-hazardous materials, and was severely damaged at the time of the contaminating breach. Defendants were aware that the ports were beset by long backups. Yet, they failed to implement proper procedures to protect against the increased risk of damage to the pipeline nor to remedy the unstable pipeline adequately and reasonably through effective regular inspections.

«The Orange County oil spill is an environmental and economic tragedy that is devastating to many individuals and business who rely on the area’s beautiful coastline for their livelihood and recreational activities. Defendants have a long history of violations and non-compliance with industry standards, and their inexcusable delay in reporting and handling the October 2nd spill has made a dire situation much worse. They must be held accountable. We are grateful for the opportunity to help Ketcham and a proposed class obtain economic and injunctive relief during this disastrous time for Orange County coastal residents,» said Steven Williams of the Joseph Saveri Law Firm.

Plaintiffs seek class certification and a favorable judgment against defendants jointly and severally for economic damages, punitive and/or exemplary damages, creation of a fund to environmentally and economically monitor the marine habitat in the affected area, and other relief the court or a jury may find necessary.

The Joseph Saveri Law Firm is one of the country’s most acclaimed, successful boutique firms, specializing in antitrust, class actions, and complex litigation on behalf of national and international consumers, purchasers, and employees across diverse industries. For further information on our practice and accomplishments on behalf of our clients, please visit www.saverilawfirm.com.